The Village of Gurnee is excited to announce that the DC Wonder Woman Run Series is coming to Gurnee on Sunday, June 9th! Get your cape on and join your fellow Super Heroes when you run or walk the Gurnee 5K, 10K, or Half Marathon race.

The first annual Wonder Woman run is expected to bring over 5,000 runners to the Gurnee area. This run series will be featured in as many as 10 cities across the United States and Canada.  Proceeds from the Gurnee/Chicago race will benefit the Children's Miracle Network.

The 10K and Half Marathon races will start around 7:00 a.m. at Six Flags Great America, and end at Gurnee Mills. The 5K run, which will host the majority of runners, will start at 8:00 a.m. and take runners from Six Flags Great America to Gurnee Mills via Six Flags Parkway to Lawson Boulevard, and then up Dilleys Road to Stearns School Road. During this time, there will be minor traffic delays on Grand Avenue at Six Flags Parkway to allow runners to cross. The 10K race will take runners down the Washington Avenue path and up Tri-State Parkway, with temporary crossing closures on Grand Avenue at Gurnee Mills Circle East.

The DC Wonder Woman Run 5K 10K and Half Marathon begins at 7:00 AM.  The race begins and finishes at Gurnee Mills, taking athletes on a scenic route through Gurnee.

** Times are approximate.  Roads reopen as the last participant passes and course materials are removed.  Check the website for a complete list of road \ ramp closure times and alternate directions for impacted areas. 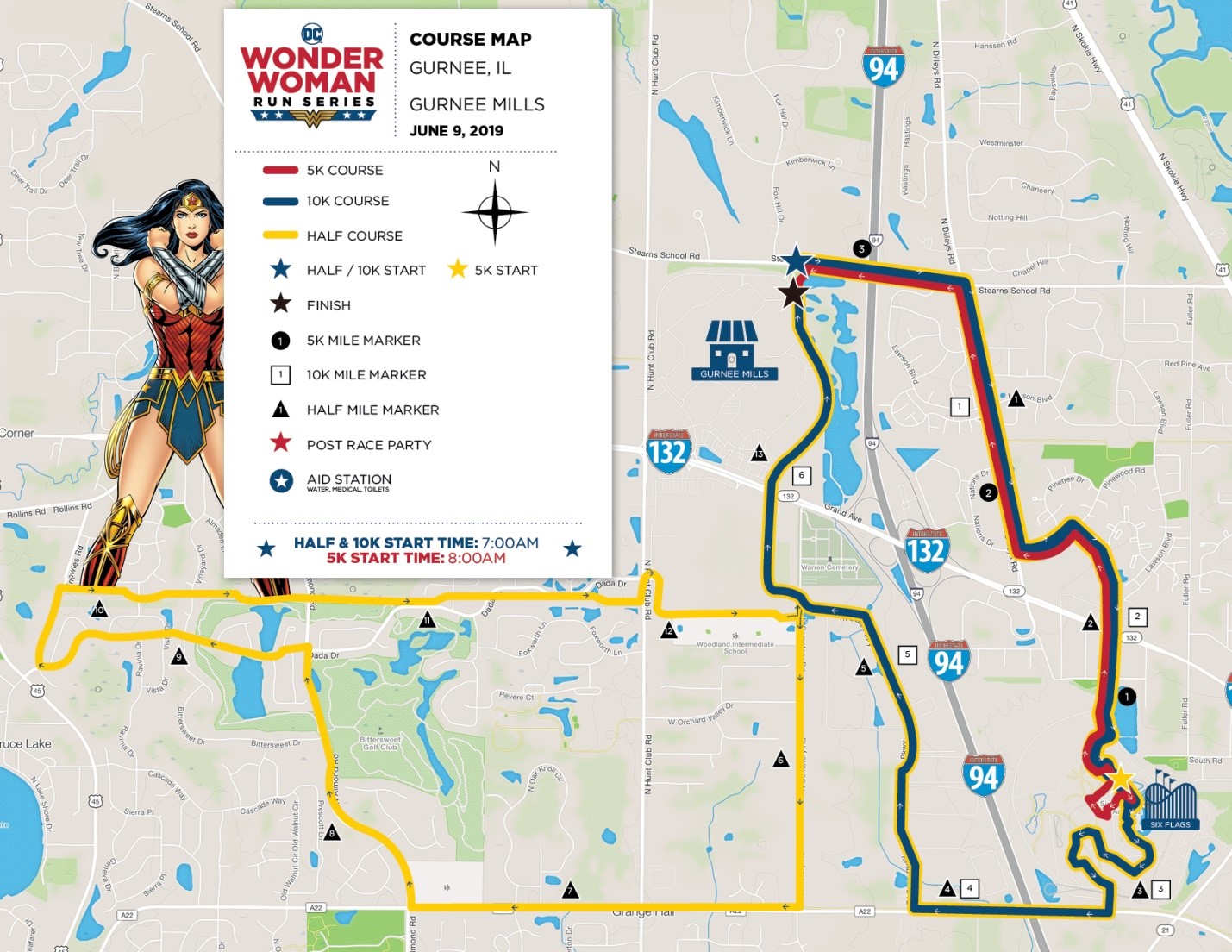