With the year almost officially at the end, the Village is continuing its tradition of holding a countdown of the top 10 Village news stories of the year. The countdown will continue on the Village’s Twitter and Facebook accounts. Thank you for a great 2017, and we wish you a very happy New Year!

During the early morning hours of July 12th, 2017, an unprecedented 7” of rainfall overwhelmed public and private stormwater systems across Lake County and Southern Wisconsin. This led to 425 homes in Gurnee experiencing some form of localized flooding damage. Following the initial downpour, the Des Plaines River level continued to rise to a record 12.9’, causing over 50 homes and businesses in its vicinity to flood. The community came to the aid of flood victims, with hundreds of volunteers assisting in sandbagging and providing cleanup assistance, and the business community donating supplies and food to those in need. In February the Gurnee Village Board approved an amendment to the revenue sharing agreement originally with KeyLime Cove that paved the way for the sale of the property to Great Wolf Lodge. The new Great Wolf Lodge facility will nearly double the square footage of the indoor water park, add exterior pool space, offer new dining options and provide additional activities from the resort’s brand. The anticipated opening of the renovated facility is mid-2018.

3. Village of Gurnee Begins Providing Dispatch Services for the City of Zion

The Village of Gurnee and the City of Zion reached an agreement in 2016 to consolidate dispatching services. On July 11, 2017, Gurnee Dispatchers began answering calls made within the Zion coverage area. The arrangement has allowed Gurnee to staff more dispatchers in its 911 Center.  The result is an increase in the Village’s ability to provide a greater level of service to both communities, while at the same time implementing operational efficiencies and eliminating redundancy.

Gurnee Mills has launched a major renovation of the facility to include LED lighting throughout the center, refinished hardwood floors, updates to the food court and a modernized color palette to provide a brighter and more inviting atmosphere. Shoppers will notice a majority of the working take place between the new Dick’s Sporting Goods (Coming Soon!) and Floor & Decor.  To aid in the transformation, the Village of Gurnee committed $1 million worth of reimbursements to facilitate continued investments in the region’s largest economic sales anchor. A main theme of the Village of Gurnee's 2015 Strategic Planning Process was the desire for increased walkability in the community. As a result the Mayor appointed a group of local residents with a variety of backgrounds to develop recommendations for how walkability and biking infrastructure could be improved. After a year of brain-storming, the group developed a list of 30 locations and prioritized the items in tiers. The formal plan was presented to the Village Board on July 24, 2017.  With a roadmap in place the Village has begun working on plans for 2018 for the installation of a path along Knowles Road to connect the ComEd Right-of-way Trail to the Millennium Trail system of Rollins Savanna. The Legions of Craft Beer Fest kicked off the third year of the event on Saturday, September 16, 2017. The day had temperatures in the high 80’s, but that did not stop over 1500 attendees from participating to help raise funds for the Gurnee American Legion Post 771 and the Lake County Honor Flight. In total, the event raised over $25,000 for both organizations this year. Over the past 3 years the even has donated over $75,000 to these two entities.  This event is put on through a partnership of the Village of Gurnee, Gurnee Mills, Timothy O’Toole’s, and 102.3 XLC. Save the date, the Fourth Annual Legions of Craft Beer Fest will be on Saturday, September 15, 2018. Based on recommendations from the Urban Land Institute, a group of merchants and residents came together in 2017 to form the East Grand Corridor Committee. The group implemented a variety of projects for the East Grand Avenue area, including planting flowers and grasses in the parkway and fixing street scape. The Committee also created the “East Grand Give-Away”, which gave $50 every week for 20 weeks to a visitor of an East Grand business.  The purpose of the Committee is revive the corridor while making the community aware of all the great local businesses east of 41 and encourage shopping in this area.

For the second year of the “Best of Gurnee” Awards, the Village of Gurnee received nominations in the spring and fall for businesses in the community that go above and beyond to provide services to their community and to their customers. For the spring 2017 awards, Tina’s Italian Bakeshop and Suzy’s Swirl were selected as award recipients. In the fall, Timothy O’Toole’s was selected for their altruism in the community. 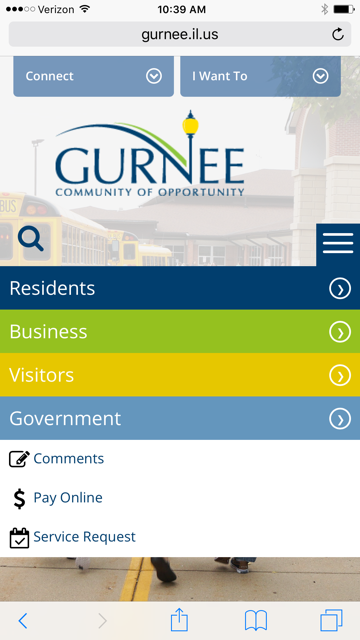 In 2011, nearly all of the visitors to www.gurnee.il.us were viewing the website on a desktop. By 2017, over 50% of traffic was coming from mobile or tablet devices reflecting growing technological changes. To accommodate this, the Village launched a new, mobile friendly website in May 2017 that was a complete overhaul of the previous website. The new website allows users to find information and submit online requests from any device.  Items on the site have also been categorized under the topics of Resident, Business, Visitors and Government to make navigation simpler. 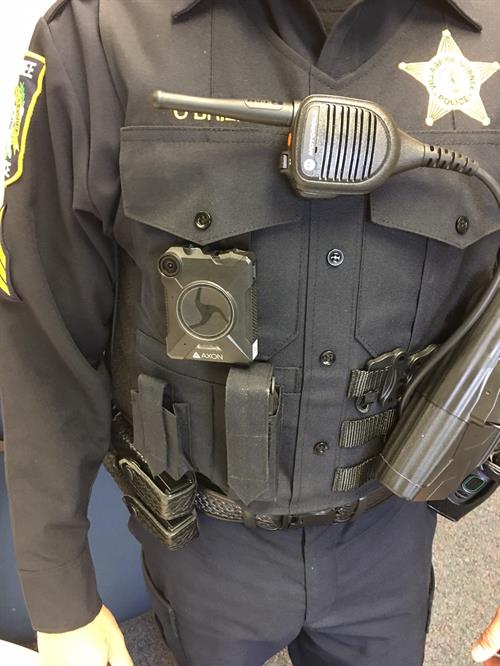 In December 2016 the Gurnee Police Department (GPD) requested the Village Board consider the purchase and implementation of body-worn cameras for officers. The GPD supported the use of the cameras as a tool to increase transparency as well as to provide officers with additional support for complaint resolution and training feedback. The Police Department launched the body-worn cameras for the entire police force on Friday, March 3rd, 2017.