Warren Township High School will be celebrating homecoming with the annual Homecoming Parade on Saturday, September 24th from 9:00 a.m. to 10:00 a.m. The parade will begin at the Gurnee Police Station on Brookhaven Road at 9:00 a.m. and head north on O'Plaine Road until McClure Avenue, at which point the parade will turn west in to the Warren Township High School O’Plaine Campus northern parking lot.
The parade will affect traffic and access to addresses along O'Plaine Road during the closure, including no access during the parade to Brookhaven, West Street, North Avenue and properties on O’Plaine along the parade route. Local traffic will be able to access Gillings Drive and adjacent roads via the north from Route 132 during the closure. Traffic control will be in place during the event. Plan travel times through the area accordingly. 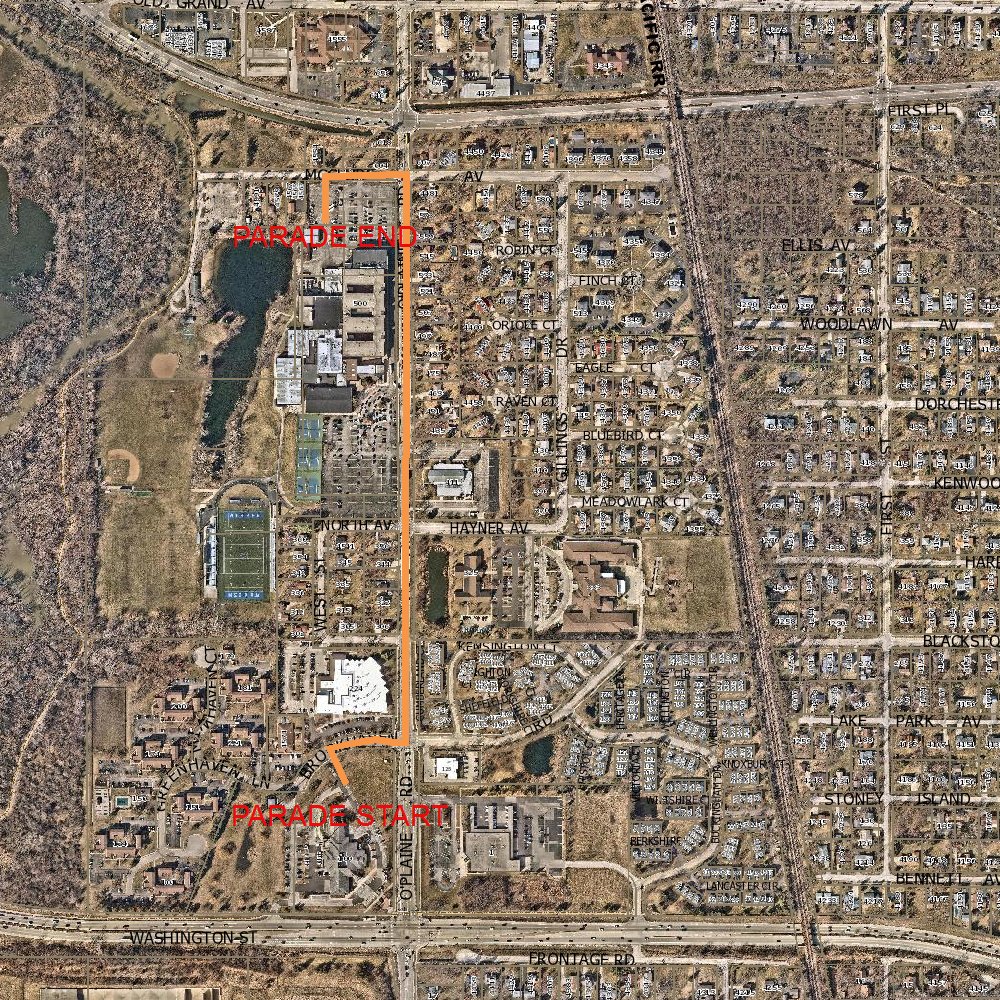