Sundays through October 9th from 10am-2pm

Coffee with the Mayor

GURNEE, IL – On Friday, July 26, 2019 the Union Pacific “Big Boy” No. 4014 will be traveling along the Union Pacific tracks through Gurnee at approximately 10:30 a.m. The train will not be stopping for public access during this trip, but will be viewable as it travels through the community.

The Union Pacific Big Boy is on a “Great Race Across the Midwest”, spanning from Omaha, NE to Cheyenne, WY. On Friday, July 26th, the train will depart from Butler, WI at 8:00 a.m. on a trip to West Chicago, IL, where it will remain for the weekend at the Union Pacific Larry S. Provo Training Center.

Estimates from the Union Pacific are that the train will roll through Gurnee between 10:00 a.m. and 11:00 a.m. as it travels south. The Union Pacific tracks run parallel to US Route 41 for the majority of the Gurnee stretch.

The Gurnee Police Department will be conducting a temporary closure between 10:00 a.m. and 11:00 a.m. of Grandville Avenue between US-41 and Northwestern Avenue to facilitate a viewing of the train. Street parking will be available in the neighborhoods surrounding Waveland Avenue, Magnolia Avenue and Grandville Avenue. We ask that visitors respect the neighborhood speed limits and that they do not block driveways.

An attached map is available to view suggested parking and viewing locations.

For a complete list of locations and a tracking map of the “Great Race Across the Midwest”, visit https://www.up.com/heritage/steam 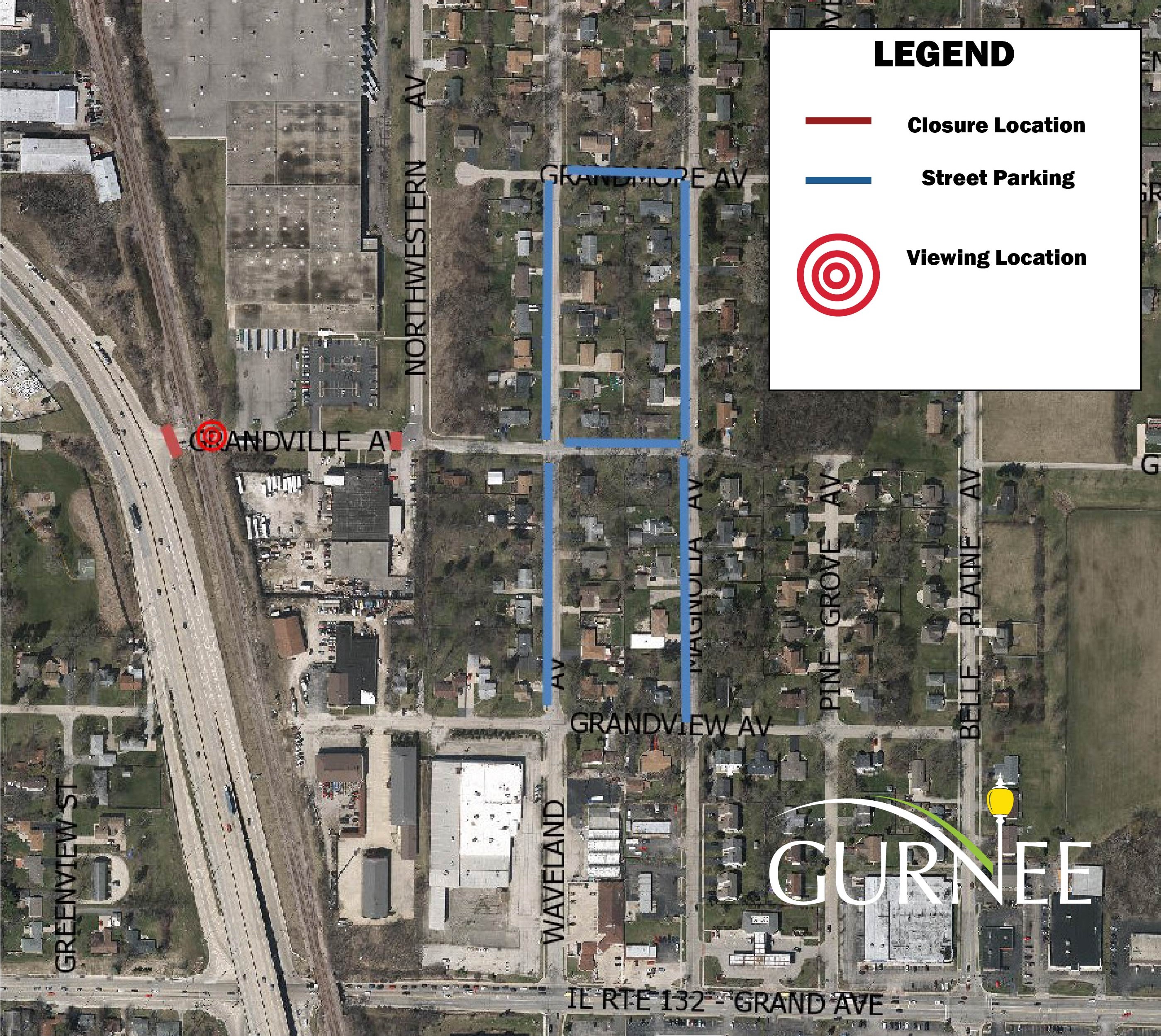