Every Wednesday in January

The Village of Gurnee continues to work with county, state and federal officials to address concerns regarding the use of the chemical ethylene oxide (EtO), at Vantage Specialty, Inc. facility located at 3938 Porett Drive, Gurnee.  Mayor Kristina Kovarik remains in regular communication with county, state and federal officials to share the concerns of the community and to receive agency and legislative updates.  The following developments and communications have occurred since the last formal Village update provided on October 23, 2019:

Village of Gurnee/City of Waukegan/Lake County Health Department:  A second round of outdoor air monitoring for ethylene oxide (EtO) began the week of October 21, 2019 near Vantage Specialty Chemicals in Gurnee and Medline Industries in Waukegan. In partnership with the Lake County Health Department and Illinois Environmental Protection Agency (IEPA), the Village of Gurnee and City of Waukegan have contracted GHD Services, Inc. to conduct an additional 90-day period of air monitoring to determine levels of ethylene oxide in the air.  Samples will be collected every third day during the 90-day period, slated to end in January 2020. The monitoring canisters pose no health risks to residents and should not be damaged, moved, or interfered with. The canisters will be sent to a laboratory for analysis, and results will be posted publicly to the Health Department’s website, www.lakecountyil.gov/eto, as they are received.

Results will also be forwarded to the Village of Gurnee and City of Waukegan, U.S. Environmental Protection Agency (EPA), Agency for Toxic Substances and Disease Registry (ATSDR), Illinois Department of Public Health (IDPH), and IEPA which has regulatory authority over EtO emissions permitting in Illinois.  The ATSDR has agreed to conduct a health risk assessment for Lake County based on the results, and IDPH has agreed to complete a cancer incidence study that includes Lake County.

Illinois Environmental Protection Agency (IEPA):  On October 30, 2019 the IEPA announced that a formal public meeting to accept oral comments on a draft construction permit that will place a cap on ethylene oxide emissions from Vantage Specialties, Inc. will take place at the College of Lake County Auditorium on Thursday, November 14th from 6:30 p.m. to 9:30 p.m.

An IEPA fact sheet related to the proposed draft permit is available at:

A copy of the draft permit is available at:

The Illinois EPA Bureau of Air has drafted a permit that would set an annual cap on emissions of ethylene oxide from the plant of 110 pounds per year of which no more than 60 pounds may be fugitive emissions from components.  As a point of comparison, Vantage has reported the following emission figures to EPA.  The figures were calculated using an EPA-approved method that is based on actual measurements instead of the highly conservative default emission factors and assumptions.

In addition, the following charts were shared by the ATSDR during the October 2, 2019 Town Hall session.  Using a consistent scale, they show a comparison between the air sampling results from Medline and Vantage. 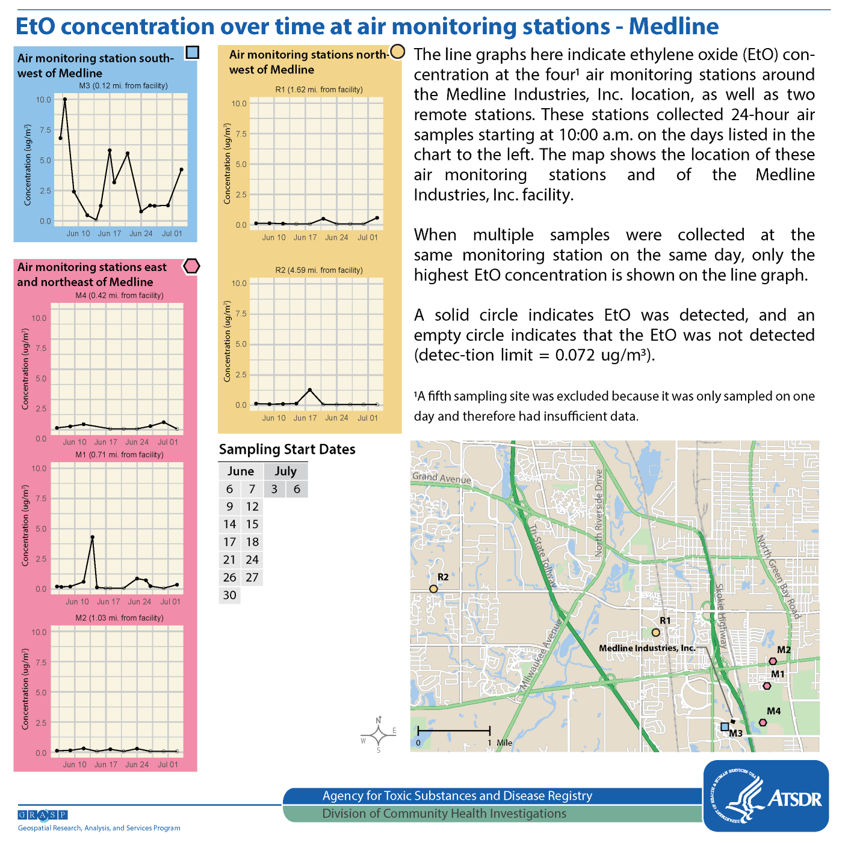 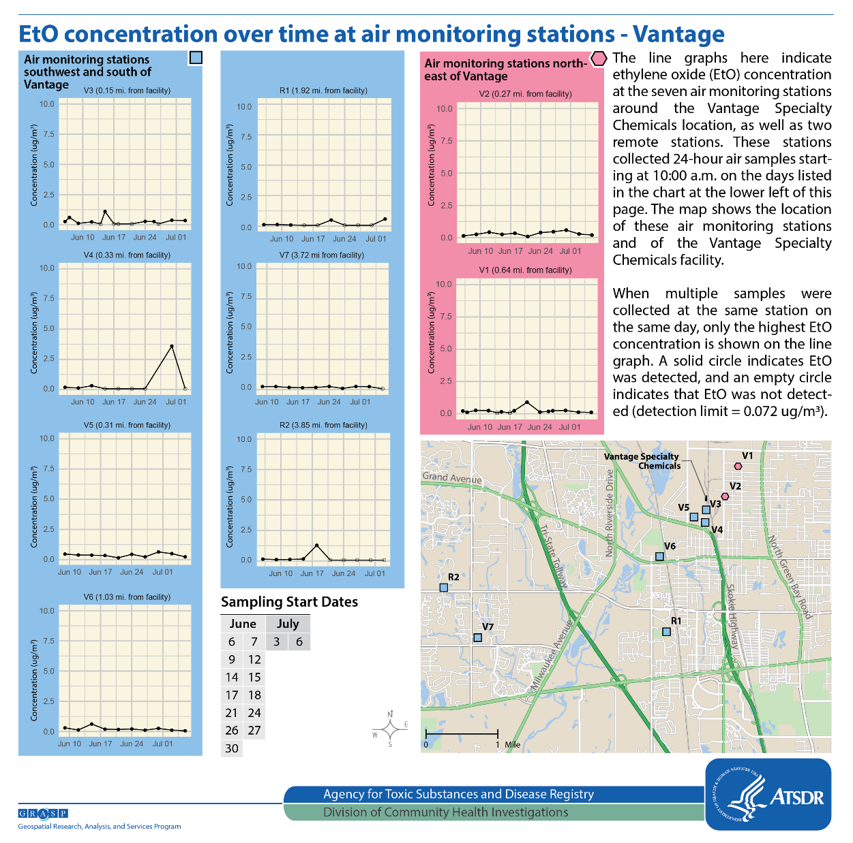 Illinois General Assembly:  Two bills related to ethylene oxide were recently introduced in the House during the Veto Session.  As a reminder, Vantage Specialty, Inc. is NOT a sterilizer.

HB3888 has been amended two times since being introduced.  As currently drafted it creates a variety of definitions and regulations related to sterilizers and manufacturers that use EtO.    The amended legislation made it out of Energy & Environment Committee on October 29th.  It needed 16 aye votes to move to the House floor. The vote was 16 aye, 5 nay, 2 present, 8 not voting.  It was on the House floor on October 30th.  By a vote of 60 aye, 47 nay and 4 present it passed the House and will now be considered in the Senate when the Senate is back in session.  Upcoming session dates are November 12th, 13th and 14th.

Replaces everything after the enacting clause with the provisions of House Amendment No. 1 and removes language making the bill effective immediately.

The process for how a bill becomes a law in Illinois can be viewed here: http://www.ilga.gov/commission/lis/98bill_law.pdf

You can find additional information on ethylene oxide and follow all updates from the Village of Gurnee on the topic here: www.gurnee.il.us/EtO